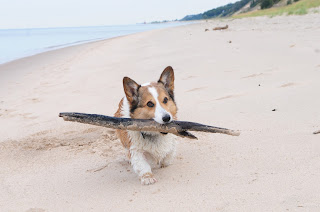 http://www.hollandsentinel.com/news/x1806130583/-Do-dogs-know-calculus-star-dies
Monday evening I said good bye to the person who I originally described as "my dog who is my friend" but became "my friend who happens to be a dog." Elvis was low on energy yesterday and did not have interest/energy to get into the car for a ride this morning. So I called the vet and made an appointment for after work. Having a strong sense that this might be the end, I took him to work with me - he... spent the day resting in the car - - his favorite place. I had lunch with him, visited him several times, and he ate a bit of my banana bread - his favorite.

The vet looked him over, took an x-ray, and found huge cancer inside - likely on the spleen and starting to spread. I was surprised by the cancer, but not by the terminal nature of his condition. I was with him when he was injected and died.

What a guy - - what a friend. What a great 12 years we had together.   Realizing the timelines, I had been concerned that I might lose Elvis and my parents close together. He died two years after them. His death and the death of my parents produced a "good grief" -- a grief that is expected and "should be". It's a grief that in a strange way deepens and is even "life giving" - much as Jesus' parable of the seed that must die in order to give life back.

I had no intention of getting a dog when Elvis and I met. He came into my life and enriched it and together we enriched many others. I now will "do him honor" by waiting for another such enrichment. Likely not another dog since commuting 30 miles to work may preclude that. But maybe something else just as great and just as unexpected. Life is rich - in joy and in grief. 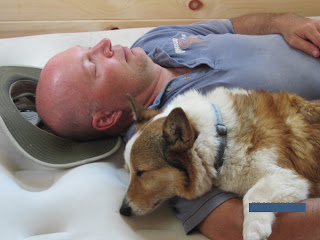 The Hardest Decision I Ever Made 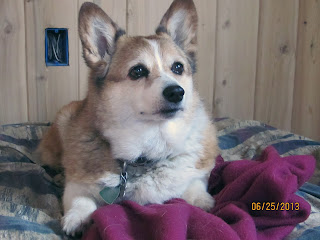 Three weeks have now passed since I had to say goodbye to my sweet Dee Dee.  The first 72 hours were the most intense pain I have ever known.   Grief is best described as something that occurs in waves.    You can be fine one moment and then you're suddenly knocked over by a huge, incapacitating wave.   Your mind is on something else .... the distraction, no matter how mundane, a welcome reprieve from the pain .... and then suddenly, a HUGE wave hits you again.   She's gone.   She's not coming back.   Her softy, furry body and that adorable face is now a box of ashes.  And you're knocked to the ground - almost literally.   The day after Dee Dee died was one of huge, incapacitating waves of grief.   I was standing in a furniture store with Tim and suddenly had to run out to the car because I felt a wave about to hit me.   Standing in line at McDonalds, I had to run out to the car before I completely lost it.  And the day after that, as I was driving the 550 mile trip home, I had many melt-downs in the car; a couple of them so intense that I had to pull off the road.   There was a particularly bad one just south of Duluth that lasted close to an hour.   I wondered how long this would go on.    Would I be able to return to work at all that week?  (I was planning to go back on Tuesday.)   Had I fallen into a hole that I would never get out of?   But a strange thing happened.   As I got back on the highway after that episode, I felt different.   I had made a decision.  I decided to not allow myself to replay the scene in the vet clinic again.   It wasn't as quick and easy as I had been told it would be.   The doctor (who ranks a zero in bedside manner) was a jerk.  He couldn't find a vein, and snapped at Dee Dee when she fought him (causing me to snap at him.)  It seemed to take forever.   But, as Tim has pointed out to me repeatedly, it was less than five minutes.   It was the worst five minutes of my life, but it was five minutes.   In Dee Dee's mind, it was no different than a heart worm test - which she'd had (and fought) many times.   And in putting her through those five horrible minutes, I was saving her from months of decline and pain.   I had to stop thinking about it.   And I did.   I just didn't let myself go there anymore.

The grief has continued, of course, but it has been a healthier grief since then; and not so incapacitating.   It's been the grief of missing her terribly, not of regretting my decision.   The house is so quiet!!   Princess is nearly deaf and just doesn't make any noise.   Dee Dee was my barker.   Who would have thought I'd miss that?!   Dee Dee was always the first one up in the morning.   She'd come bounding up to the side of the bed and poke me - wanting to go outside.   I'd say, "Go tell Princess it's time to get up!" and she'd run to Princess' bed and poke her too.   She was so smart!   She knew how to get the car window down, and would stand on her back legs on the front seat of the car and look out.   The driver of the car next to us would nearly always laugh.   She even knew how to honk the horn!  When we walked by any body of water, she'd pull the leash and look up at me with pleading eyes.   She loved to swim!      She was very tuned into my feelings and if I'd sit down on the floor, she'd be right there .... often rolling over on her back for a tummy rub or nudging me to scratch her ears.   When Mom and Dad died, she would sit by me, her chin on my knee, looking up at me with big, sad eyes.   If I cried, she literally licked my tears.   I miss all of that - and so much more.   She could be such a stinker at times, but oh how she loved me!   When I had to go somewhere without her, my neighbors could hardly get her out the door to go potty.   She was so sad that she nearly shut down.

But her quality of life was deteriorating quickly.   I had her in physical therapy over the winter (along with chiropractic and acupuncture) and saw only minimal improvement.   Steps were impossible.  Going down them was worse than going up because she'd tumble.   Her back legs were folding under her when she'd walk - especially on a hard/smooth surface floor like tile.   They didn't support her any more, and with a diagnosis of degenerative myopathy,  she wasn't going to get any better.   I considered getting a cart for her, but it didn't seem to be a good solution since she couldn't be left in it unattended, and I leave my dogs alone for 9 hours a day.    Dee Dee's front end was literally pulling her back end along and I'd find spots of blood on the carpet where her back toenails had broken off from being dragged.

In May, my brother Dan decided to go visit some friends in South Africa this summer and tack on a 15 day overland (camping) safari.   He asked me if I wanted to go along.   After initially saying 'no', I thought about it and realized if I ever wanted to do a trip like that, this was probably my best chance, since Tim did one ten years ago and I sure didn't want to go by myself!   So I reconsidered, quickly grabbed the last spot on that particular trip and put down my deposit.  Before I did that, I talked to my neighbors to see if they could take care of my dogs while I was gone.   They said 'yes' but expressed some concern about Dee Dee.    Of course I told them that I would totally support them in any decisions they needed to make while I was gone, but I hated leaving them with that responsibility - especially when I would be unavailable by phone or Email.   So, when I left for Michigan on June 21, all of that was weighing heavily on me. 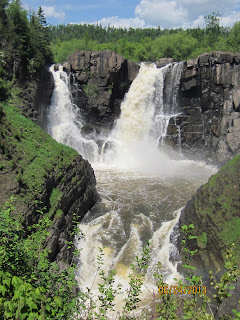 On Monday morning Tim and I took the dogs on a short walk on a paved trail on the Pigeon River (Grand Portage).   We were walking slowly and I was trying to keep Dee Dee off the pavement as much as possible.   But about 2/3 of the way to the falls, I looked down and saw that both of her back feet were bleeding badly.   I felt like the worst dog mom on the planet!    Tim carried her the rest of the way and that night I had to face the hard reality that her quality of life was declining rapidly.    I was afraid that I was going to end up putting her down either right before my trip to Africa or right after I got back, and I didn't want either of those.  Nor did I want my neighbors to have to make that decision.  And so, after talking it over with Tim, I decided to give her a  wonderful last day in the Michigan UP (where we've spent many vacations with our dogs) swimming in Lake Superior with Princess and Elvis, and say goodbye on Thursday.  It was the hardest thing I've ever done!     Now, three weeks later, I believe I did the right thing. 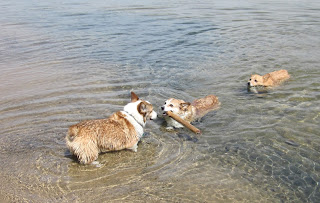 The grief, while no longer as incapacitating as it was the first 72 hours, is still pretty intense.   I miss her SO much!    Only those who have loved a dog as a part of the family can understand. 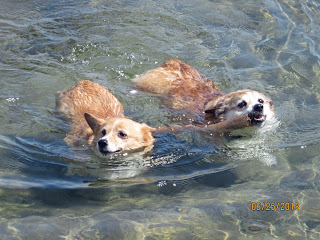 In my next post I will share what this experience has been like for Princess.   We've had many sweet moments these past weeks as we grieve together.
Posted by Beth at 9:33 AM No comments: 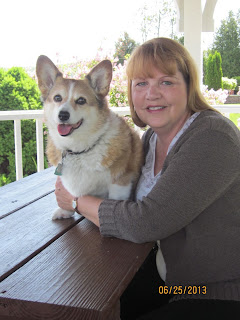 The decision to let Dee Dee go was the hardest decision I have ever made.   I had several sleepless nights before, and days of second-guessing myself afterwards.   But one nice thing is that we had a couple of days to say goodbye; days where we took lots of pictures, gave her plenty of time to swim at Au Train Beach, days in which I showered her with love.    I have compiled many of the photos and video clips of her final days into a slide show.   The link is below:
http://vimeo.com/69910297
Posted by Beth at 3:27 AM No comments: 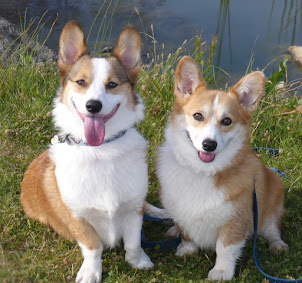